Why are water fountains ​going extinct!

Some people may call them water fountains, others may call them drinking fountains, but never the less these public sources of clean water has been a part of urban life for quite some time. However, as with anything in this world, fixtures become broken, grimy and even rusty! Making the process of drinking from them unappealing. Due to these sad truths drinking fountains have become nearly endangered in recent years and that’s an issue!

In Ancient times, cities often had fountains or sculptures where passers-by could fill up their water, but one of the first dedicated drinking fountain may have been installed in London in 1859! Fountains soon spread to many cities in America and chlorination drastically cut down on deaths from contaminated water.

In the past, drinking fountains were a more popular source of water than bottled water. But in more recent times, the demand for bottled water (allowing for portability) skyrocketed and today drinking fountains are beginning to disappear. “Though no one tracks the number of public fountains nationally, researchers say they’re fading from America’s parks, schools and stadiums!” says Pierre – Louis from The Washington Post.

So why is the disappearance of water fountains such a big deal you might ask?

The reliance on bottled water rather than fountains also has serious environmental effects. According to the Earth Policy Institute, it takes about 1.5 million barrels of oil to create the 50 billion plastic water bottles Americans use each year. (That’s enough oil to fuel 100,000 cars for a year.) Less than a quarter of those bottles are recycled. And these statistics don’t even account for the fuel used in transporting the water around the country and the world.

So how do we fix this epidemic?
The answer may be simpler than you think! Speaking out to your city council to persuade them to clean up the fountains or even install new ones! Another easy step is using reusable water bottles! Did you know that public water fountains can actually save you and the city money? It’s actually cheaper to treat and deliver tap water to parks, schools, and businesses than it is to mass produce water bottles! Many new drinking fountains have the added feature of “Bottle Fillers”, making it really easy to refill your own bottle.

Recently Armstrong Plumbing had the honor of installing over 9 new water fountains that included Bottle Fillers in the Esparto School District! Check out the photos down below! 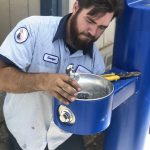 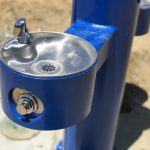 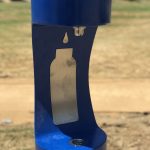 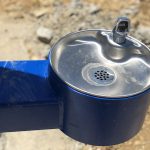 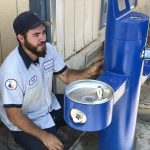 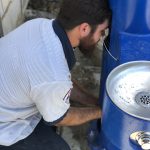 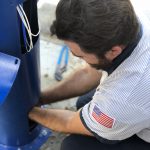 Renter vs. Landlord: Who Pays the Plumbing Bill?Armstrong Plumbing Blog